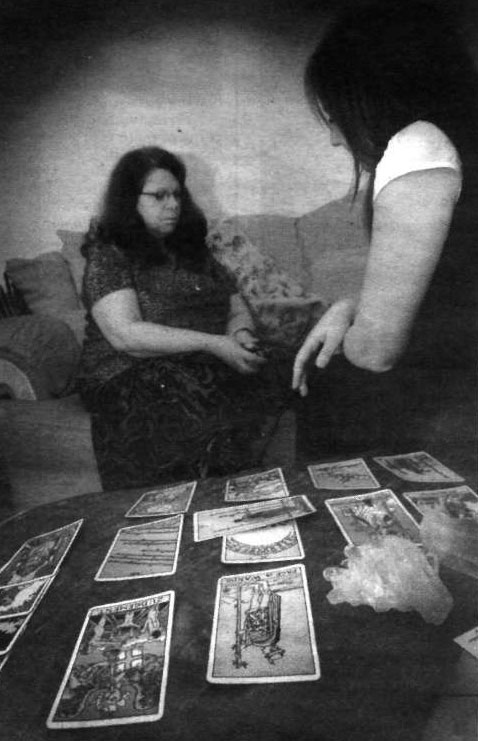 THE closest I have ever come to communicating with a spirit is perhaps one too many shots of my favourite tipple Vodka.

And the idea of finding out what my future has in store has never really appealed nor have I given too much thought to anyone from the spirit world that might want to contact me.

So when I went to see clairvoyant and medium Lavinia for a reading I was a little worried that Casper the friendly ghost would make an appearance.

Although not a fully-fledged sceptic, I was open to what the Burtonwood-based medium would have to say, but I did have my doubts as to how it would work.

So much so, in fact, that I almost turned my car around halfway there as I was a little worried about hearing something I didn’t want to.

And although I can’t say I am a convert, I can say it was one of the most positive and uplifting experiences I have ever been through.

The session started with me handing over some personal possessions (in my case, my house keys and mobile phone) to help guide Lavinia, and the reading started with me determined to give away as little information about myself as possible.

Although I had been worried it would all be headscarves and psychic vibrations, for anyone walking past we could have just been having an afternoon cup of tea.

It started with Lavinia inviting in any spirits who might have some information to pass over. I was expecting leading questions from her, yet instead she stated information as fact and in many cases was scarily accurate.

Within the first few minutes of it getting started she asked me if I had broken down in my car on the motorway recently. It was almost exactly a month before that I had.

Shortly afterwards she told me that the spirits were showing her a camping site, somewhere with lots of tents and asked had I just been on a trip. Given that I had spent the day before at the V Festival, surrounded by thousands of tents I was a little gobsmacked and thinking furiously as to whether I had somehow mentioned this to her before we got started (I hadn’t).

For about the next 40 minutes she asked me a number of questions about my life and the people in it, sometimes what she had to say had little or no meaning, others again seemed exactly right.

For example, with no prompting from me, she asked straight out whether my mum works in a hospital (which she has for a number of years). She also asked me whether I have a nephew, aged four, which again I do. While I accept, and perhaps agree, with the theory that we may gloss over the bits that don’t mean anything or don’t seem to be linked to anything in your life, I still can’t figure out how she would have known some of the things she did if there wasn’t something in what she was saying.

And subconsciously I have found myself looking out for things that she said that might be opportunities for me in the future.

But whether you believe it or not, the one thing you can definitely take away is the elevated feeling of happiness (without sounding too corny) as you think of your loved ones, past and present and what they bring to your life.